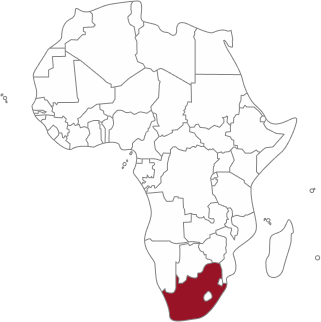 South Africa is the second largest economy in Africa, leading in the development of industry, infrastructure, IT, finance, science and education. It is a member of the G20, BRICS, IBSA and the only country that chaired the African Union twice (2002, 2020). South Africa has one of the greatest armed forces in Africa and is actively involved in the UN peacekeeping missions (#16 by the number of peacekeepers).

In 2010-2019, South Africa’s GDP growth average rate was 1.1%. Foreign Direct Investments almost halved to $2.5 billion in 2020 from $4.6 in 2019. Total investment fell by 4%, reaching 13.2% of GDP in 2020. South Africa is a financial capital of Africa. Johannesburg Stock Exchange is the biggest stock exchange on the continent. Four largest banks of Africa by Tier 1 capital are also located in South Africa — Standard Bank, FirstRand, ABSA and Nedbank.

South Africa is the sixth most populated country in Africa. Every year South Africa receives 10,000,000 tourists, which makes it the second most popular tourism destination on the continent after Morocco. 8 out of 15 African universities listed in the Top-1000 Universities Worldwide are located in South Africa. Literacy rate was 87% for people of 15 and older in 2017. Unemployment rate increased by 10% during the pandemic, reaching 37% in 2020.

South Africa is a leading electricity industry in SSA. It is ranked the #2 in Africa following Egypt by the installed energy production capacity (51.3 GW), its electrification rate is higher than 90%, and it has diversified energy consumption. South Africa is the world’s fourth country by production and export of coal, sixths by production of diamonds and eights by production of gold. It has great potential in the development of solar and wind energy. There are several refineries and a well-developed gas pipelines network. South Africa has no hydrocarbon reserves, which makes it dependent on imports of oil & gas and determines its priorities in foreign economics.

On October 23, 2019, within the framework of the Russia-Africa Economic Forum, VEB.RF and Afreximbank signed an agreement on general rules and conditions for VEB’s participation in Afreximbank’s Trade Confirmation Guarantee Program as a confirming bank. The document was signed by the Deputy Chairman of VEB.RF Daniil Algulyan and the Executive Vice President of Afreximbank […]