In 1982, Mikhail Golovanov graduated from the Moscow State Institute of International Relations of the Ministry of Foreign Affairs.

In diplomatic service – since 1982. He worked in various positions in the Сentral office of the Ministry and abroad. By the Executive orders of the President of the Russian Federation #184 and #185 of 24.04.2019 H.E. Mr. Mikhail A. Golovanov was appointed the Ambassador Extraordinary and Plenipotentiary of the Russian Federation to the Republic of Djibouti and the Federal Republic of Somalia (non-resident).

H.E. Mr. Mikhail A. Golovanov has the rank of the Minister Extraordinary and Plenipotentiary of the First Class in June, 2019.

He speaks English, French and Malagasy.

The city of Djibouti and the city of Ufa are going to become twin towns, the Russian Ambassador to Djibouti… 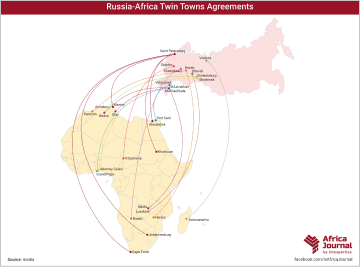