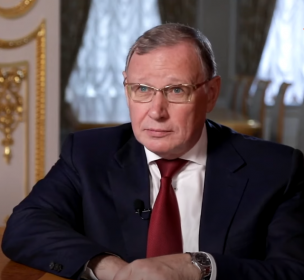 H.E. Mr. Oleg Ozerov is a Russian diplomat. Since May 2020 he is Ambassador-at-large, Head of the Secretariat of the Russia-Africa Partnership Forum.

Born in 1958, Mr. Ozerov graduated from Moscow State University of International Relations, with Arabic Studies being his major. He speaks Arabic, English and French and authored several publications on Oriental Studies.

Since 1981 Mr. Ozerov has been working at the Ministry of Foreign Affairs. In 2005-2010 he served as Deputy Director of the Department for the Middle East and North Africa of the Russian Foreign Ministry, in 2010-2017 as Ambassador Extraordinary and Plenipotentiary of Russia to Saudi Arabia. From August 2017 to May 2020 he held office of Deputy Director of the Africa Department of the Russian Foreign Ministry.

As Head of the Secretariat of the Russia-Africa Partnership Forum Mr. Ozerov is responsible for organization of political consultations and contacts between Russia and African countries, including the annual meeting of the head of the Russian Foreign Ministry and his counterparts from countries comprising so-called African Union (AU) troika, i.e. three chairmen of the AU (current, previous and future). Apart from that the Secretariat coordinates the development of cooperation between Russia and Africa, provides political and diplomatic support for Russian projects in Africa and the preparation of subsequent Russia-Africa summits.

Education has always been one of the major avenues of cooperation between Russia and African countries. Particular focus has been…